Know the Network: In Memory of Sasha Shaikh

Nomi Network is made up of a diverse group of people and organizations, from different professions and walks of life, who are all united in the cause to fight human trafficking. Learn about some of the wonderful individuals involved in Nomi Network through this blog post series. 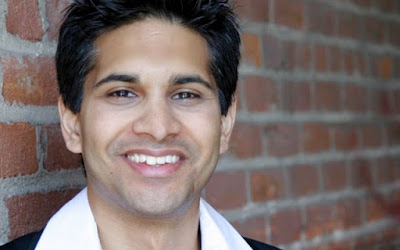 Today, we want to highlight a member of Nomi’s network who helped Nomi in its first stages and exemplified many aspects of the heart of our organization in the way that he lived.

Sasha Shaikh, born June 16, 1976 in Hershey, PA, had a heart for oppressed and suffering people. While studying at the University of Michigan, he founded an organization to raise awareness about various international health and global development issues; while enrolled in a dual degree program at Tufts University, he went on a trip to Pakistan to serve Afghan refugees. In 2007, he received his Law and Diplomacy MA from the Fletcher School of International Law and Diplomacy in Law and Diplomacy, concentrating in Southwest Asia and Humanitarian Studies. He was very passionate about fighting sex trafficking, caring deeply about Nomi’s mission. From spending 16 hours making a podcast about human trafficking, to ensuring that all of his friends knew about Nomi, Sasha helped to raise awareness for Nomi Network as one of its very first volunteers.

Sasha empowered women, lived out compassion, and valued the human connection in general. He had many strong women in his life, and experienced the closeness of kinship with them; as he saw the way women were treated in society, he became passionate about putting a stop to their oppression. Maheen, Sasha’s sister, comments that he “aligned himself closely with the plight of victims,” an identification enhanced by his own experience of long-term depression. His desire for justice was accompanied by a love for human relationships that extended past gender or racial barriers; he prided himself on his diverse group of friends, and highly valued friendship, camaraderie, and inclusivity. These values are central to the Nomi Network community still.

Sasha passed away on May 18, 2012, and last year a foundation called Sasha G.M. Shaikh Foundation was made in his name. The foundation chose Nomi Network as the recipient of a grant in honor of Sasha’s personal involvement and interest. We remember Sasha for the work he did and the lives he touched through his desire to see restoration and change happen in the world. He hoped to bring awareness to gender-based violence that would extend beyond human trafficking to a “well-rounded awareness” including other issues such as acid throwing, breast ironing, and domestic violence in immigrant communities. Please join us in sending thoughts for continued healing for the Shaikh family, and in being grateful for the life and legacy of Sasha Shaikh today.

Thanks to http://www.sashasfoundation.org/, and to Maheen Cleaver, Sasha’s sister, for the information contained in this post.