March 16th was beautiful day on my way to Albany. I was very excited because it was my first time speaking in my state, New York. I am a survivor of human trafficking, upon arriving at JFK I was trafficked into New York City. Now as a survivor leader, I founded Mentari Human Trafficking Survivor Empowerment Program, and I learned the importance of woman empowerment from Nomi Network. Diana Mao and Supei Liu tirelessly guided me to do this important work. I am passionate about lobbying and I lend my voice to change the law. I am always speaking at federal level, but why am I never speaking in my own city and in my own state? Finally, I had an opportunity from Dorchen Leidholdt, director of Sanctuary for Families' Center for Battered Women's Legal Services, who asked me to speak at the Lobby Day. In a short time, I learned about TVPJA to prepare my speech. 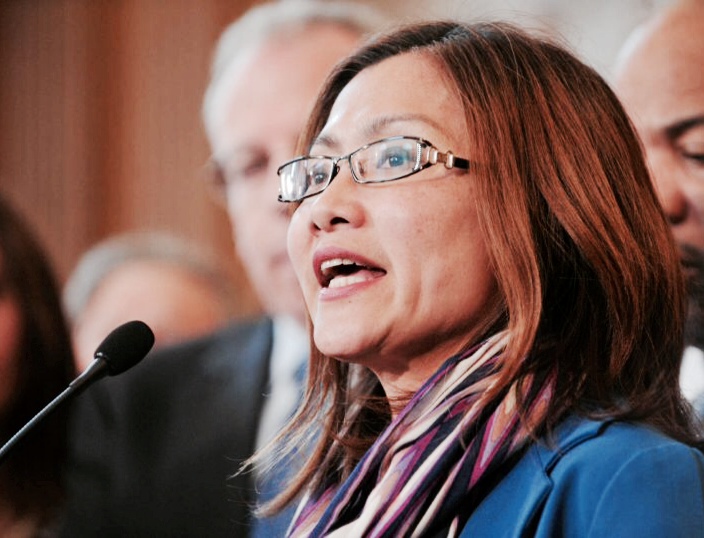 It was a long process for New York State since in the Federal Law, TVPJA was introduced in 2000. It took 7 years to have the first human trafficking state law, and it was introduced in 2007. Outstanding leaders have worked hard to made a better law, tirelessly work for better legislation.

We can all agree that it's important for our state to address human trafficking prevention, protection for victims and prosecution of traffickers and buyers. I am grateful that TVPJA passed. Lobby day was a historic day and many outstanding leaders who fight to end human trafficking were there. I was grateful to give my speech and to witness New York State's legislation on human trafficking passed.

As a New York resident, I am proud that New York State's human trafficking law will be the strongest human trafficking state law in the country. This legislation increases accountability of the sex-abusers and sex buyers of trafficked children as well as the trafficker themselves. This legislation replaces all references in the penal law from "prostitute" to the phrase "person for prostitution" and allows law enforcement to pursue the wire taps for the investigations.
The best part of this legislation will prevent the re-victimization of victims of trafficking in the justice system and also establish sex trafficking as an affirmative defense to prostitution.

Our work is not end yet, now this strong law will need to be implemented and enforced. Together we can end human trafficking!