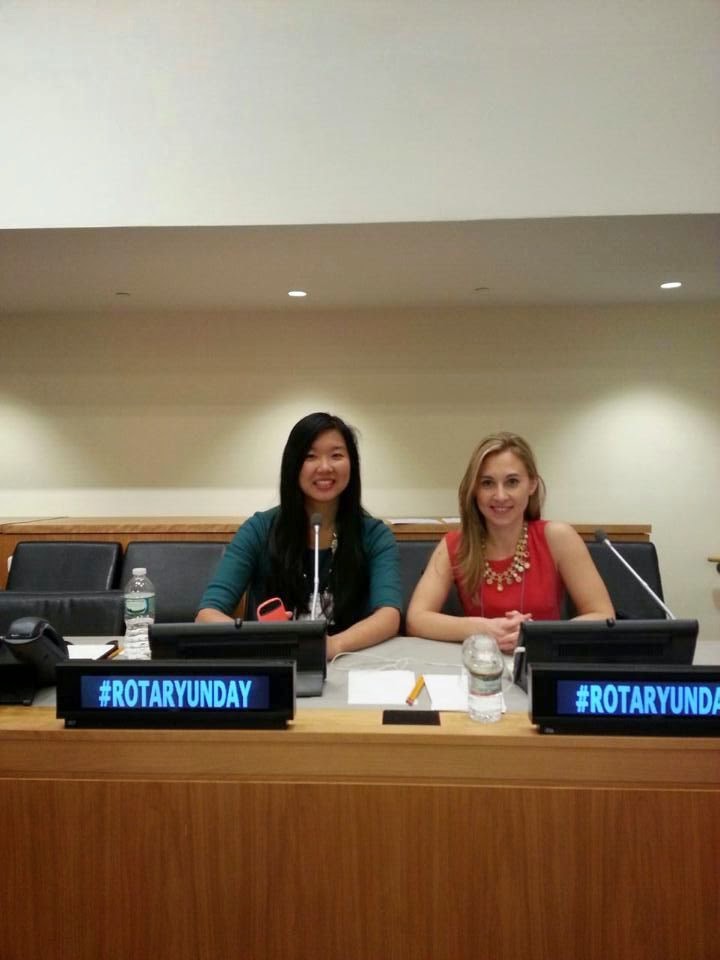 Each year over 1,300 Rotary members come together in the United Nations headquarters to discuss how to make the world a better place. Rotary is the biggest international non-governmental organization that brings people together to provide humanitarian services, encourage high ethical standards and help cultivate peace. On November 1st this year, Nomi Network was a part of this conversation being a stand to end human trafficking.

Co-founder Diana Mao and Young Executive Board Member, Vera Kolesnik were on a panel and discussed the magnitude of human trafficking, Nomi’s innovative approach that addresses both sex and labor trafficking and how the fashion industry can take the led in combating this within their supply chain. Vera is a product developer at Macys and presented a case study on conflict minerals and how the government can play a crucial role in ending it by demanding transparency in corporate supply chains.

The Democratic Republic of Congo (DRC) has been in a state of crisis since mid 1990s with a loss of 6.9 million people. While horrific situation affects everybody in the region, real victims are the women and children who raped and forced to work as slaves in the mines, which in turn finances the groups and the violent activity. After these mineral are gathered in the mines they are sold to different manufacturers across the world and eventually end up as wires and cables in your house, batteries in your phone, phones and TV set and even as zippers and buttons on your clothes. Most of us have no idea we’re supporting the conflict.

In 2012 US Securities and Exchange Commission passed a law requiring all public companies to disclose if any conflict minerals were used in the products, which means they are not sure of the source, there is a possibility that it might be sourced with slave labor. No retailer, public or private, wants to find itself in the middle of conflict or seem irresponsible. As a result, companies are sourcing from manufacturers able to prove they are conflict-free. This is a clear example of how ethical sourcing can create fair opportunities and prevent resources from reaching groups that propel violence and political instability.