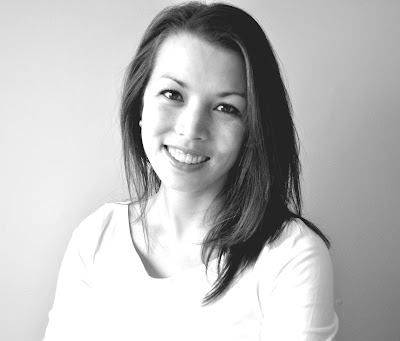 If there was ever anyone created to stand at the crossroads of cultures in order to personally and externally embrace the dynamic nature of global story telling, Katie C H Lin is it. She excites us with her approach to multimedia journalism, which has recently been supplemented with filmmaking. And yes, we can’t help but be inspired when she tells us about her next project: traveling from Argentina to Canada over a 14-month span while producing a web series focused on reproductive rights in America. An artist abolitionist after our own heart… 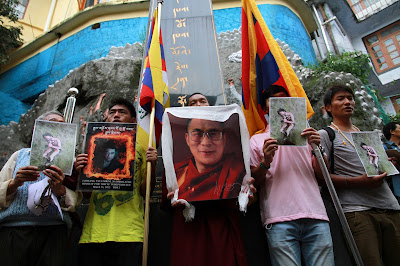 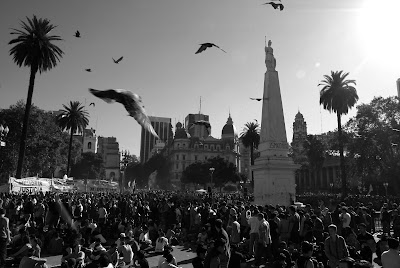 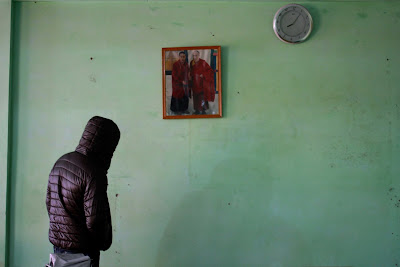 NN: Tell us about yourself - where are you from - literally and figuratively? How did you discover your talent/passion for photography/photo journalism?

KL: I was born in England to Chinese and British parents, but grew up on Vancouver Island, located on the West Coast of Canada. However, after a two year stint living in Mexico when I was 22 and 23, I discovered the Latina in me that I always should've been! My interest in photography all began with my dad's 1981 Canon AE-1 and in the makeshift darkrooms of highschool's "old" academic building. With the advent of the digital SLR soon after I graduated, it didn't take long for my interest in photography to turn into a fully-fledged component of my life and professional endeavors. In 2009, I decided that the next best move would be to become trained in multimedia techniques and went on to do my Masters in International Multimedia Journalism at Newcastle University in the UK.

I see a story in everything around me and enjoy the challenge of finding a way to document and preserve those stories that I feel would otherwise not be told - a lot of the time I do this by focusing on individual narratives, especially when dealing with heavy topics as it makes them much more relatable and human, and my story-telling medium of choice is and always has been imagery, be it still or moving. Whether or not it's a talent...? I can't be the one to judge that. But documentary photography and filmmaking are certainly passions of mine and my relatively recent move into filmmaking has been an exciting and motivating one. 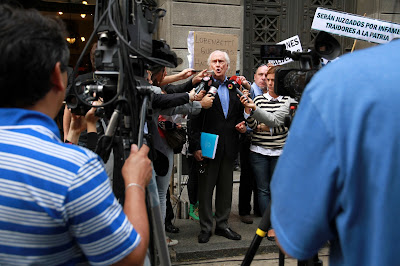 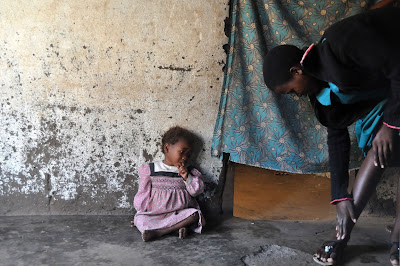 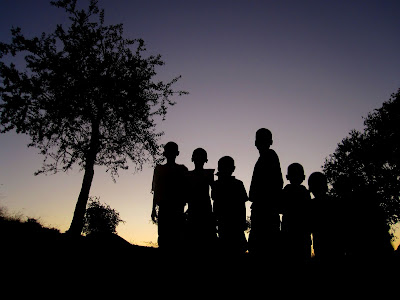 KL: My latest artistic endeavor is a documentary film which addresses the theme of loss and personal transformation. A close family friend, Jo, suddenly began losing her sight a few years ago; doctors couldn't provide her with a diagnosis and therefore couldn't suggest any treatment. As she continues to grapple with the mystery of her disease and the further loss of her sight, this former drama teacher and book enthusiast has to make adjustments in her life as she becomes increasingly dependent on those around her. But that's not to say that her transformation has been all gloom and doom. From biking across Europe on a tandem bike, to taking in the sounds and smells of summer on Vancouver Island, Jo is experiencing her future in a way she could've never imagined. We've all lost something dear to us at some point in our lives, and we all have to adjust to life beyond the loss, and that's where I feel Jo's story is unifying.

I also completed a short documentary last year which was called "Beyond the Numbers: A Human Perspective on Tibet's Self-immolations" and has since been screened at the Tibetan Museum in the Dalai Lama Complex in Dharamsala, India, on Vancouver Island, Canada, and at the FLIM Festival of Tibetan Films in Prague, Czech Republic. Nearing the end of my time working with the Central Tibetan Administration in northern India, I was approached by the Tibetan Centre for Human Rights and Democracy as they wanted to produce a short documentary about the self-immolations happening inside of Tibet. This opportunity made for a fast-track and very informal introduction to filmmaking!

The film focuses on repression experienced by Tibetans inside of Tibet that has driven more than 100 Tibetans to light themselves on fire in protest against Chinese occupation of the region. Through the perspective of friends and relatives of some of these self-immolators, the viewer gains greater insight into the situation at large, but on a very personal level. What was interesting for me, though, was to discover that the experience of interviewing my subjects was, for some, very liberating. All of my subjects were living in exile in countries where freedom of expression is acknowledged, and therefore were not at risk of persecution, but many feared that any relatives still residing in Tibet may be as a result of them sharing this information publicly; however, they all felt strongly enough that this was the time to share their stories and I was surprised that a few even chose to identify themselves! The people who I met while making this film were extremely gracious and inspiring. 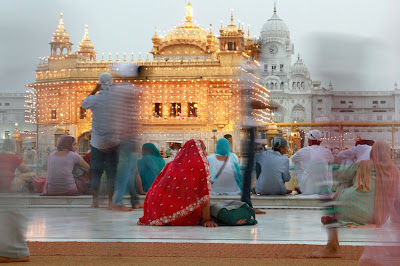 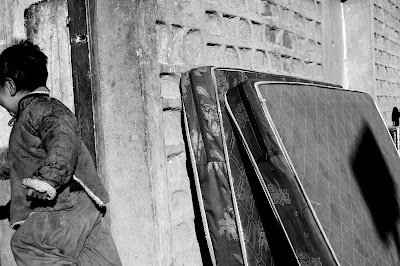 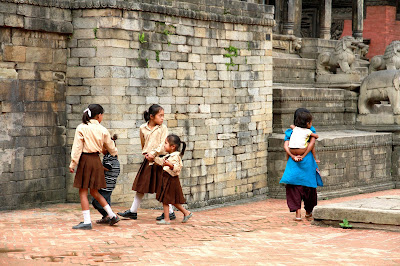 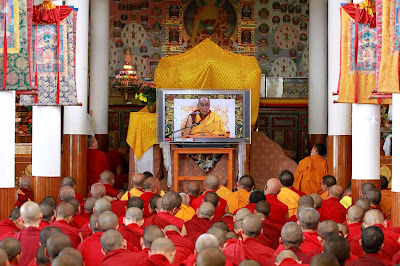 NN: How did you hear about Nomi Network? Human trafficking?

KL: I first heard about Nomi Network when Katrina Sorrentino, a friend of a friend, contacted me about being featured on the organization's blog. As for my knowledge about human trafficking, I would consider it to be basic as my exposure to this topic has been minimal (barring the occasional high-profile case reported in the news); and of course it is a business whose success depends on extreme discretion. I did, however, engage in a conversation about human trafficking on a recent trip in Argentina, where my partner and I found ourselves talking to a local farmer in the northern state of Jujuy - and on the side of Highway 9, Argentina's main artery to its northern neighbor, Bolivia. Our location lent itself to dialogue about product transportation from Chile to Paraguay and slowly segued into the topic of human trafficking in this very isolated region of the country, where a large portion of the population is poorly educated and struggling economically; he explained that it was not uncommon for families to sell their children in order to make a modest financial gain. What makes this situation so grave is that many of these children are not registered at birth and so there is literally no record that they ever existed - which makes it both difficult to determine rates of human trafficking in Argentina and impossible to claim that these children went missing. 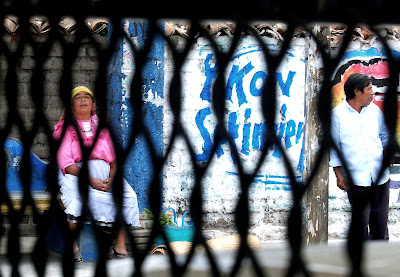 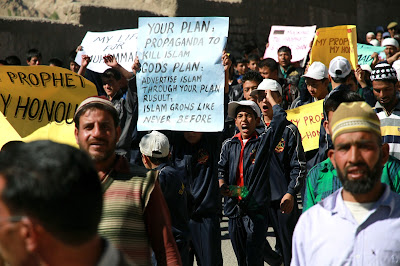 KL: "Beyond the Numbers" and other videos of mine can be found on Vimeo: https://vimeo.com/katiechlin. I also have a personal website, which houses the multimedia work that I have produced as a journalist over the past three years, including the aforementioned documentary, human rights-focused photo essays and blog entries: http://katiechlin.com.

Lastly, I'm going to be traveling from Argentina to Canada over a 14-month span starting next year and will be producing a web series focused on reproductive rights in America as I travel from its most southern tip in Argentina to the northern reaches of Canada; so for anyone who's interested in following this series, best to keep your eyes on my website for updates and new links as the project takes shape!