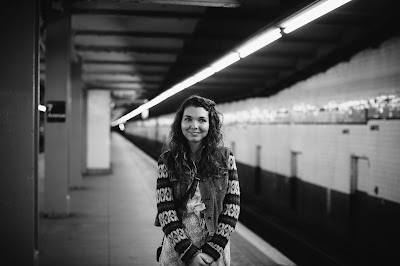 We interviewed documentary filmmaker, Riley Hooper, who is settled in Brooklyn, NY amongst a close group of talented friends. They are filmmakers, photographers, musicians, and visual artists who inspire, support, and collaborate with one another. Riley is a member of the Brooklyn Filmmakers Collective, a tight-knit group of experienced filmmakers who meet once a week to support and advance one another's works in progress. Riley also works as a Content + Community Manager at Vimeo.


NN: Tell us about yourself - where are you from - literally and figuratively? How did you discover your talent/passion for film?
RH: I grew up in Portland, OR with a family whose unwavering support encouraged me to pursue my dreams and gave me the confidence to do so. I've been interested in filmmaking since I was very young. I used to make stop motion videos with toys, and I always took every school project as an opportunity to make a video. In high school I became very involved in journalism, writing, and editing for the school newspaper. I attended Occidental College where I prepared myself to make documentaries by minoring in Film and running the school newspaper.
I have always found that I can express myself best through writing and that journalism gave me the license to investigate things I was curious about. Somewhere along the way I realized that documentary film was the perfect combination of my visual artist side and my journalist side. 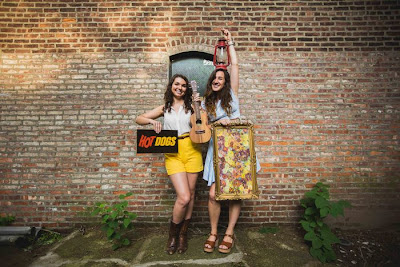 NN: Tell us about your latest project.
RH: I just launched a Kickstarter for a documentary I'm shooting this summer on the world's longest yard sale! I'm so excited to make this film! I've known about the sale for years and have always wanted to make a documentary on it. In college I made a short documentary about one yard sale over the course of one day, and a whole cast of unique, delightful characters showed up. The world's longest yard sale runs over the course of four days and covers 690 miles -- from Michigan to Alabama! We plan to center the film around stories behind different objects being sold and bought along the way — where they’ve been, why they’re here, and where they will go next. Through the lens of these "object narratives," the film will reveal personal stories about the people buying and selling them — think love stories, family histories, and nostalgic childhood tales.
I also have a short documentary that's currently making a film festival circuit. It's called FLO, and it's about a New York City street photographer named Flo Fox. She is legally blind and can no longer move her limbs due to Multiple Sclerosis, but she continues to pursue photography, instructing her attendants to take the photographs she wants. She's a wonderful photographer and an incredible, inspiring woman. 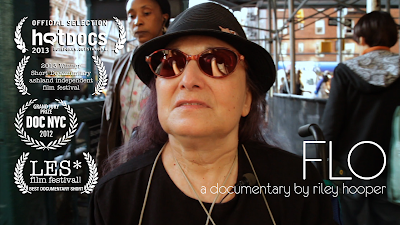 NN: Your films seem quirky, funny, inquisitive and hopeful to us...(feel free to correct us if we are wrong!). Nomi Network believes hope is one of our core values. Alongside hope, would you say that your artwork also speaks to transformation or freedom?
RH: That sounds about right! People often tell me that my films reflect my personality. They're quirky and inquisitive frankly because I'm a bit quirky myself. I like documentary filmmaking and journalism because it allows me to meet people and learn about things that I otherwise would not be exposed to.
My films convey transformation and freedom in the sense that they encourage open-mindedness. So many conflicts occur as a result of not being able to understand another person or group's perspective. Stories of the human experience unite us in a reminder that we're all the same. More than any college course or newspaper article, my personal life experiences traveling, experiencing new cultures, meeting new people, and learning about perspectives that are different than my own have shaped my worldview and my values. My hope is that in documenting these experiences and people through documentary film, I can help to expand the worldviews and values of others. 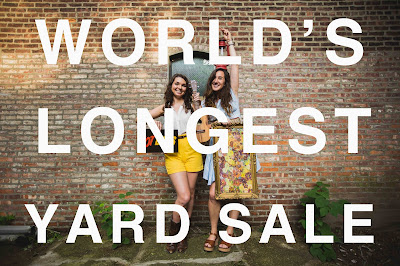 NN: How did you hear about Nomi Network? Human trafficking?
RH: I was introduced to Nomi Network through my friend, roommate, and fellow documentary filmmaker Katrina Sorrentino. Katrina is an incredibly talented cinematographer and photographer, and she's using her skills to support important social issues like human trafficking and the rights of transgendered immigrants. I'm really proud of the work she's doing, and it has inspired me to learn and do more for social causes I believe in.
NN: How can someone follow your work?
RH: I have a website: rileymakesdocs.com. From there you can keep up on the latest news, subscribe to my email list, contact me via email, and follow me on Facebook, Twitter, or Vimeo! 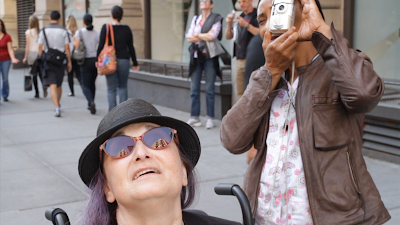 NN: If you are an Artist Abolitionist or a friend who wanted to support this movement please buy a campaign tee or tank today! Email info@nominetwork.org with your name and the number of tees or tanks you’d like.


Then share a photo of yourself in your tee or tank top with Nomi’s Instagram account (http://instagram.com/nominetworknyc#) by using hashtag #togetherwithnomi so we can see the faces supporting the cause!