What does thrift store shopping, the musical "Annie", and creative activism all have in common? The lovely Lindsay Travis of course! As a New York City based actress and a long time friend and supporter of Nomi Network Lindsay shares more about her work as an artist and some words of advice to others itching to creatively express their activism. 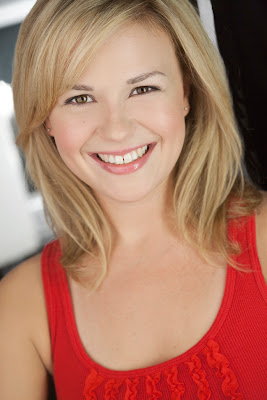 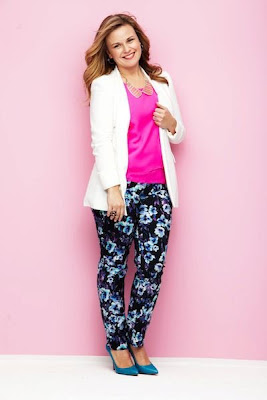 NN: What inspired you to pursue acting? Have you always wanted to be an actress?

LT: There are family videos from when I was 3 years old grabbing a hairbrush and making it a microphone and standing on stairs to make them my own personal stage. I have no idea when the idea of being an actress came into my brain, but it has been since I was very little. I was re-enacting "Annie" and "Oliver" and "Cinderella" as soon as I could walk!

I was inspired by the ability to change mundane life and make it something magical.

I love the feeling of the lights on my face, the sound of the orchestra tuning and the roar of applause. Yes, I have always wanted to be an actress. 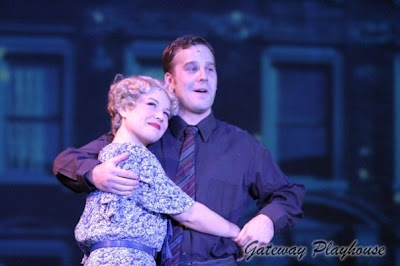 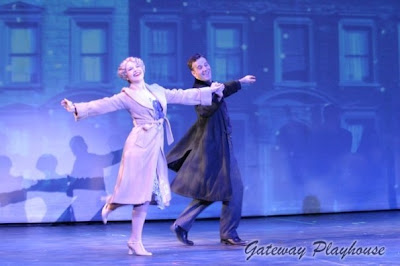 NN: We think artists have the ability to demonstrate transformation and freedom through their artwork in profound ways. Do you feel like the artwork that you create and your craft help you to do this personally? How about for your audiences?

LT: Yes I absolutely think that actors have the ability to transform our craft in profound ways. Especially in the area of story-telling. Look at how the same characters can be played differently to convey things. For example, the antagonist in the musical "Oklahoma" is a burly man named Jud. I've seen Jud played as an angry, sexually-repressed-criminal in one production and then a sweet, misunderstood teddy-bear in another production. Both actors had freedom to choose how this part would be played and in each performance I was sincerely moved with different emotion. It really changed the entire message of "Oklahoma" and how cool is that!!? That actors can take a fixed script, with lines that have been written and copyrighted, but then conjure up completely different emotions and messages with their acting/character choices. It's a lot of power in conveying a moral and a story. 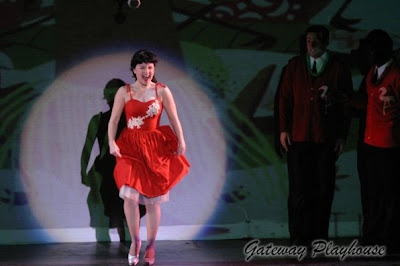 LT: I first heard about human trafficking through Kala Mueller who goes to my church, when she started her internship with Nomi. As a college-education 20 something American, I had no idea that human trafficking was an issue in the states until I met her. Absolutely. No. Idea. I was shocked and disgusted when I learned the supply and demand for it here. I mean I knew about prostitution and even child-labor (over-seas) but never a domestic demand. I was so horrified to learn that the Super Bowl was one of the biggest events that supports human trafficking, that I was led to pray this year during half-time. And I encouraged others at my Superbowl party to stop and do the same. My life is forever changed. Ignorance is bliss but I'm not ignorant anymore and I can't turn a blind eye to what is going on in the world. 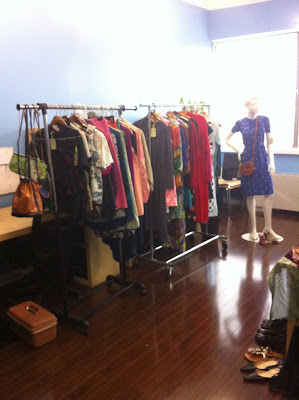 NN: About a year ago now you came up with an incredibly creative fundraiser for Nomi Network – you created a pop up thrift stored. What inspired you to do this? Any recommendations for others who want to get active and creative around this cause?

LT: As an actor you are constantly in between gigs and/or auditioning for other jobs. I was in between performing jobs at the time and was getting seriously burned-out by auditioning so much. My husband and family encouraged me to nurture some other hobbies and passions. I'm always playing dress-up and styling my friends and purging their closets and am a serious thrift shop junkie so the idea was a really fun event for me to plan! I got to do what I love, which was treasure hunting at the thrift store, and sold all my findings at a slight increase in price and then gave that money to Nomi. It was a win-win!
For others who'd like to help this cause and don't know how: I would encourage everyone to look at your passions and I don't mean what you're "suppose" to say like "knitting" or "yoga." But sincerely look at what you DELIGHT in, what hobbies do you do that hours go by and you never look at the clock? Those passions and hobbies are God-given! Use those for His glory and to serve others whenever possible. It is not for us to judge what these passions are either. For me it was treasure hunting at the thrift store. I truly delight in that! And instead of judging myself and saying "oh I could never do anything of significance with my passion" I turned that voice of doubt off and planned my "Lost and Found" event instead. 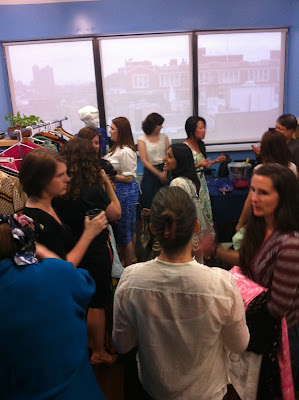 NN: How could someone learn more about your work and follow you?

LT: Even though I'm an actress and passionate thrifter- my most important role right now is church planting a new church in Inwood NYC alongside my husband, Chris Travis a pastor and writer. Everyday Church is passionate about social justice issues including human-trafficking. You can stay updated on what we're up to at Everyday Church by following us on Twitter @Everyday_Church or checking out the latest news at everydaycc.com. And who knows, there may be another pop-up thrift store in the future. ;-)


NN: If you are an Artist Abolitionist or a friend who wants to support this movement please buy a campaign tee or tank today! Email info@nominetwork.org with your name and the number of tees or tanks you’d like.

Then share a photo of yourself in your tee or tank top with Nomi’s Instagram account (http://instagram.com/nominetworknyc#) by using hashtag #togetherwithnomi so we can see the faces supporting the cause!