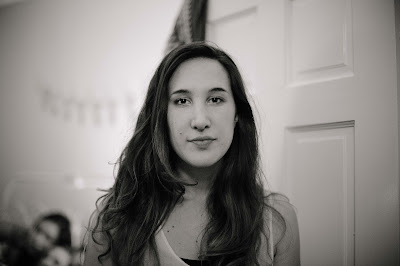 When we hear the word “abolitionist,” many of us think of historical events surrounding the prohibition of slavery of African-Americans in the United States. However, as we look at the impact of globalization and the growing demands for low priced production and services, we see slavery as a byproduct running rampant across the globe. From generational bonded labor, sexual slavery and forced prostitution, garment manufacturing, and even child soldiers, slavery is alive and well, and unfortunately, growing.


With more slaves in the world today than at any other period in history, we need to become aware of how our mentality, actions, finances, spirits, gifts and talents can be engaged to bring a great level of awareness to ourselves and those around us.  “Abolitionist” is an extremely appropropriate term to label those individuals who are actively taking a stand to address issues of injustice both abroad and in our own backyards. Over the next four weeks we will be featuring artists who demonstrate the passion and capacity to fight human trafficking. Meet Katrina Sorrentino, Brooklyn based cinematographer and film producer who explores the topics of transformation and freedom through her art.


NN: Tell us about your latest artistic endeavor that demonstrates transformation/freedom?


KS: I have been working on a documentary film entitled Crossing Over for the last two and a half years. Our film tells the story of three transgender immigrant women from Mexico who fight for themselves and for each other, and it encourages its audience to find the strength to be true to oneself no matter what the obstacles. Our characters, Francis, Abigail and Brenda immigrated to the United States to escape a lifetime of sexual and mental abuse, and found that if they wanted a better life, they’d have to fight for it.


The film exposes the daily challenges and injustices that transgender immigrants face. Mexican nationals immigrate to the United States in search of better opportunities. They work hard, hoping that some day their efforts will pay off. For the transgender individuals among them, the opportunities are fewer and obstacles more difficult to overcome. Though many are eligible for political asylum, few are aware of it, and as a result many turn to the sex industry, often falling prey to its many dangers, simply to survive. The characters in our film discuss these injustices openly. Our hope is to create an international dialogue between American nationals and Mexican nationals in order to raise awareness about this issue and inspire positive social change. I was initially just the cinematographer for this film but became so deeply passionate about our character’s stories that I am now also one of the film's producers. 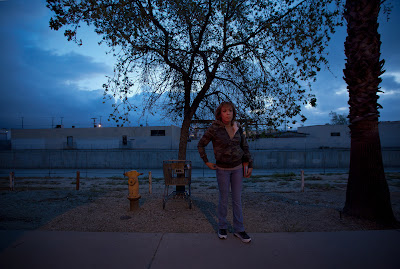 Photo by Isabel Castro, director of Crossing Over


NN: Tell us a little about yourself and your personal journey.


KS: Before agreeing to make this film I didn’t consider myself an activist of any type. I always thought of an activist as someone at a protest, sign in hand, standing on the front lines for something they believed in. However through my latest project, Crossing Over, I realized that when my innate passion for filmmaking was combined with the incredible stories of Francis, Abigail and Brenda, I was moved to action. As I learned about the extensive abuse they had endured simply because they didn’t fit into a societal mold, I became committed to sharing their incredible stories of perseverance and victory.


Crossing Over has led me to other organizations, like Nomi Network, that are coming alongside individuals who are up against different forms of social injustice. I am drawn to organizations like this because I see how transformative the advocacy, infrastructure and support of a partner organization can be to someone who is oppressed and in need. I have found that there is still so much beauty to be found in these stories of hardship, pain, and suffering and my goal as a cinematographer and artist is to highlight this beauty in hopes of showing the world that our transgender brothers and sisters, in fact all of us, deserve to be treated fairly. 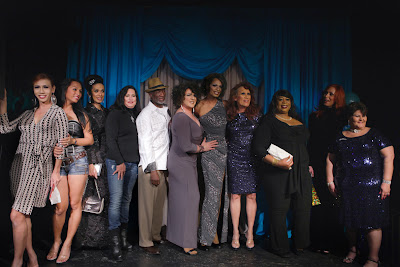 Photo by Katrina Sorrentino, producer of Crossing Over

NN: How did you first hear about human trafficking and Nomi Network?


KS: I first heard about Nomi Network through a post they sent out in search of a videographer. We have been in touch over the past year, looking for the opportune time to send me overseas to meet the women that they serve and to capture some of their stories on film. Over the course of the last year I have been reading books and watching films about human trafficking that Alissa Moore, Nomi Network’s VP, has recommended. I have been deeply affected by the testimonies I’ve read and seen -- saddened by the stories of women who were sold into slavery against their will but encouraged by the women that have managed to escape and dedicate their lives to helping others in bondage. I am really amazed by how Nomi is empowering these women and I desire to help them grow.


NN: What has been the most surprising thing about realizing you are an artist abolitionist?


KS: The term abolitionist seems really formal and maybe too intense a word to describe myself, however, upon revisiting its definition I must admit it fits. I think the most surprising thing about taking a stand against injustices you're passionate about is that fighting for issues you're passionate for is that it never feels like work. I have dedicated the last two and a half years of my life to Crossing Over and know that the next project I take on will most likely take up the same amount of space and time, but I couldn’t see myself doing anything else. I am rejuvinated by the work that I’m a part of, the possibility for positive social change, and the hope that the injustices we witness and detest will someday be overcome. 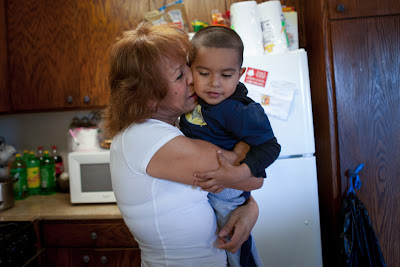 Photo by Isabel Castro, director of Crossing Over


NN: How should a fan follow you or learn more about your work?


KS: You can learn more about Crossing Over at: www.crossingoverdocumentary.com
I also belongs to a Brooklyn based documentary cooperative called Nomadique: www.nomadique.com. My blog is www.treenaphoto.tumblr.com, I’m on Instagram: treenaphoto
and Facebook as well: treenaphoto.

NN: If you are an Artist Abolitionist or a friend who wanted to support this movement please buy a campaign tee or tank today! Email info@nominetwork.org with your name and the number of tees or tanks you'd like.

Then share a photo of yourself in your tank top with Nomi’s Instagram account (http://instagram.com/nominetworknyc#) by using hashtag #togetherwithnomi so we can see the faces supporting the cause!