Growing Flowers in India...One Seed at a Time by Rajdeep Paulus 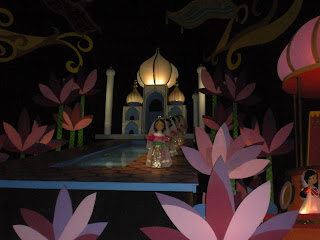 Diana Mao of Nomi Network set foot on Indian soil a little over a month ago and the first thing she says is, “It is HOT, really HOT, right now.”

There is no A.C. in her room and India in August is similar to baking in an oven that will not shut off. As I Skyped with Nomi’s director the other night, I attempted to push cool air through the cyber waves. Although the coolness from my ceiling fan didn’t reach Diana, her dreamer-filled energy radiated to me from the other side of the ocean. And once again, I am reminded why I admire the women at Nomi and their vision to change the world, one woman at a time.

Diana has many goals for her two month stay in the urban and rural parts of India where Nomi is establishing themselves. She has been seeking out equipment like sewing machines for the products the rescued and at-risk women will create. She is interviewing candidates for an on-site project manager. And she is recruiting support from Rotarians and other interested organizations that champion the freedom on survivors and women at-risk of human trafficking. In some ways, these are the easy tasks.

On a more personal level, Diana has spent many days understanding the depth of the rampant industry in India by visiting the Red Light Districts and meeting with women and listening to their stories. The women and their personal heartaches have the potential to incapacitate, because their realities often include generations of victims that have never known any other way to survive in the midst of such debilitating poverty. If your heart beats, you will feel sad when you hear of a woman who is abused and raped by her husband and then trafficked to other men just to put food on the table.

One night while travelling a far distance in rural India, Diana witnessed a truck full of young girls piled in the back, all dressed beautifully, very likely being transported to the red light district to be sold for sex.

“They were all piled in the back of a pick-up truck with planked wooden walls.” Diana described. “Some lay on the floor of the truck and looked as young as seven or eight. They looked like they were caged in. It broke my heart. I wanted to do something. Run up to the truck and free them all. But I knew it was too dangerous to do that on my own.”

Out of her broken heart for the girls and women, Diana dreams of a garden of hope and life where these victims will find freedom and worth in careers created by Nomi and partnering organizations. One woman Diana spoke with through translation drew a picture during a group training session that depicted the very dream that Diana dreams. This woman sketched an intricate picture of India’s flower, the lotus.

“We are all like the lotus flower,” the woman explained with a bittersweet demeanor. “Because the lotus flower can grow and thrive, even when it is surrounded with dirt, chaos, and adversity. That is who we are.” 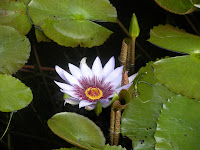 Diana dreams of creating ten thousand jobs by the year 2025. She and Nomi Network cannot do it alone. It will take partnership, support, the rescued women and plenty of dreamers who refuse to stay sleeping. To watch a dream grow into reality is similar to watching a garden flourish. A lot of hard work that no one sees is poured in with the weeding, tilling, and watering. And when the sun comes out, invisible progress happens in the depths of the earth. And then a small green sprout breaks through the ground and before you know it, a flower blooms.

Diana, your dream of a Garden of ten thousand lotus flowers flourishing in a place where hope so often seems dim is happening. One flower at a time. Join Nomi and their team of dreamers, won’t you? A garden of freedom is growing in India. One woman at a time.