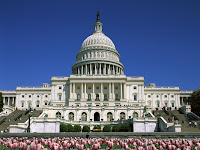 Did you know that until 12 years ago the U.S. did not have a federal law against human trafficking? In 2000, Congress passed the Trafficking Victims Protection Act (TVPA) to fight human trafficking in the United States and provide funding for services for survivors. The law has been renewed three times since it was initially passed, and is once again being brought before Congress for re-authorization.

Unfortunately, the bill does not have full support in either the Senate or the House of Representatives. That is why it is imperative for abolitionists like you and me to let our legislators know we support this bill and want them to renew it. You can check the Library of Congress website to see if your Senators support this legislation. If they have not cosponsored the bill, contact them to say you want them to pass the Senate’s version of the TVPA, known as S.1301. Through the Senate website, it is easy to send Senators an email or retrieve their contact information to write them a letter or call them. The TVPA will soon be voted on by the full Senate, so now is the time to take action!