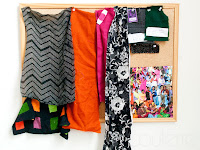 We always have our eyes open for the next rising designer with a commitment to eco-friendly and sustainable materials and practices. Recently, American designer and New York resident, Carrie Parry, has stolen our hearts. Ms. Parry graduated from the Central Saint Martins at the University of the Arts in London and has already captured some serious recognition for her ethically minded work. Most recently she won the Category 2 award, plus €15,000 in prize money at the Green Competition at Amsterdam Fashion Week. She also won the Ethical Fashion’s 2011 Innovation U.S.A. Award as well as a spot at the competitive Designer and Agents’ Green Room.

Parry has a very interesting resume including working on the set of Memoirs of a Geisha and with the retro-themed Gifford’s Circus, however the aspect of her work that really made us fall head over heals was her commitment to sourcing her materials for a women’s collective in India. Parry has established relationships with her vendors, including Panchachuli, an independent weaving cooperative in India that employs more than 800 women from 32 villages.

Check out her inspiring but non-pretentious debut collection, “Mrs Montague,” here, including collars, cuffs, and bows that are interchangeable, and add flexibility to this business casual attire. http://www.ecouterre.com/carrie-parrys-modular-eco-fashion-line-lets-you-mix-match-components-at-will/