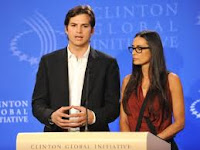 The actor, model and activist Ashton Kutcher recently engaged in a very public Twitter debate with New York’s Village Voice concerning the validity of statistics used in his “Real Men Don’t Buy Girls” campaign. In an article entitled “Real Men Get Their Facts Straight,” the Voice argues that Kutcher, as well as other various media publications including The New York Times, USA Today, and CNN, are incorrect in quoting that 100,000 to 300,000 children are prostituted each year in the United States. Village Voice contends that this statistic “was hatched without regard to science. It is a bogeyman.” The Voice conducted a two month study that surveyed law enforcement data from the nation’s 37 largest cities of juvenile arrest reports during the past 10 years. From it, they deduced that on average, 827 youth are being arrested for child prostitution each year and this is the figure we should adopt.

However, in their study, Village Voice fails to account for the countless children that were trafficked and did not face legal charges as well as those that currently remain enslaved. Their data also neglects to report trafficking victims that are not citizens or victims that were tried as adults (subject to more severe charges). Moreover, the Village Voice admits that some of those records were “incomplete”. By not fully examining the severity and complexity of this issue, Village Voice attempts to convince themselves and their readers that child trafficking in the United States is not that big of a problem.

Sadly, because sexual slavery is such a covert business, it is impossible to determine the precise number of how many children are being trafficked within the United States. But, by being consumed ourselves with facts and figures we are overlooking the core problem; that children, regardless of quantity, are being sold. We should turn our energy and attention to meeting the needs of these children, regardless if it is just one child being trafficked or 100,000.

Nomi Network applauds Ashton Kutcher for using his celebrity status as a platform to seek change and advocate for the silenced voices of trafficked children.

Resources on this debate: