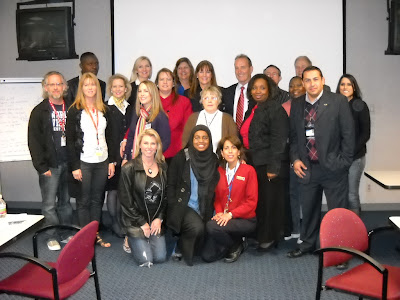 The Superbowl sits on its throne as the premier American ritual—reveling in athleticism, ambition, and teamwork. Yet over the years, a darker side has quietly bubbled up beneath public notice.

According to a recent Time article([1]), authorities obtained 24 children at last year’s Superbowl in Miami—many of whom were runaways and trafficked there specifically for the event. Additionally 100 prostitutes from outside the Miami-Dade county region were documented.

However, several groups have taken initiative to combat the sex trafficking trend at last year’s Superbowl. Among the many groups was Airline Ambassadors, a humanitarian aid non-profit organization founded in 1996 by Nancy Rivard.

Rivard is an American Airlines flight attendant. She noticed there was extra room in the overhead storage compartments, and envisioned the excess space going to good use: delivering medicine and other aid to global communities in need.

Airline Ambassadors has since expanded their mission, constructing two safehouses in Haiti and two more in progress Additionally, they’ve been called upon in two congressional hearings on human trafficking and the airline industry.

For the most recent Superbowl, Airline Ambassadors brought 10 experts to the Dallas-Fort Worth area— providing the very first training workshop on human trafficking and slavery. It was open to all members of the aviation industry who were interested in attending.

Over 60 employees of airlines like American, Quantas, United, several TSA officers, and members of the hotel industry attended the workshop. Responses from the attendees were uniformly positive, and several commented that they felt more confident about recognizing the signs of trafficking, as well as the proper reporting methods. Collaboration allowed airline professionals to brainstorm new ways for travel industry insiders to assist in the fight to end trafficking.

And a sign of the weekend’s success? Two young girls were rescued by the police thanks to the efforts of Airline Ambassadors.
[1] http://www.time.com/time/nation/article/0,8599,2046568,00.html