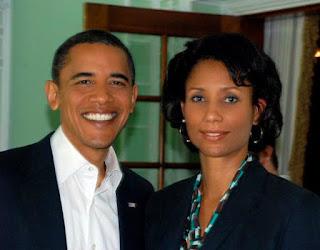 Nomi Network is partnering with The George Washington University Students Against Sexual Assault to produce this year's official Washington, DC production of V-Day DC “A Memory, A Monologue, A Rant, and A Prayer”. This groundbreaking collection of writings features pieces penned by renowned writers such as Pulitzer Prize winning New York Times columnist, Nicholas Kristof, noted author Maya Angelou and Academy Award winning actor Jane Fonda. Our spring production will be staged in the nation’s capital at the downtown Jack Morton Auditorium from March 11-13, 2011. Come support this V-Day event and its mission to generate broader attention for the fight to stop violence against women and girls. All profits from the production will be donated to organizations such as V-Day, Nomi Network and Men Can Stop Rape.Adriene Jordan, one of Nomi Network’s newest board members, will be directing our V-Day DC production. Ms. Jordan established Freedup Films, a television production company specializing in political, corporate and non-profit communications strategies. During the 2008 Presidential election season, Jordan joined the Obama Media Team. She co-produced Southside Girl, a short film about First Lady Michelle Obama aired just before she delivered her keynote address at the 2008 Democratic National Convention. Ms. Jordan later co-produced American Stories; American Solutions- Candidate Barak Obama’s 30 minute special. She has served as a Producer for CBS Evening News in Washington, DC, a visiting lecturer at Georgetown University, Dartmouth College and the Close-Up Foundation and is a member of several professional organizations.

1.) You are one of Nomi Network's newest Board Members. What drew you to Nomi Network and why did you get involved?

What drew me to Nomi Network was word of mouth about the mission and the goals of Nomi. I first heard about Nomi from Caroline Okumu [Board Member], who attends the same church as myself, and Diana Mao [Co-Founder and President] when she lived in DC. When I met Diana I was really impressed by her passion and commitment to the mission of Nomi and the history that got her involved.

2) What is your career background? How has your experience inspired you to direct the V-Day DC 2011 Event?

I was a journalist. I worked as a Producer at CBS Evening News. Simultaneously, I pursued the creative aspect of telling stories with pictures by studying film and film directing. As my professional experience evolved into more creative storytelling, I was able to start my own film and television production company. With that, opportunities came my way where I could stretch myself into more challenging and creative arenas. Now, I have the confidence and the background to produce, direct, and create with talented actors and other storytellers. 3) What is your favorite thing about Nomi Network?
My favorite thing about Nomi Network is the unbridled commitment of its staff. Those young women’s passion and determination is contagious. Their efforts to advance the mission of Nomi Network are always 200% and that inspires me to contribute all that I have to help eradicate human trafficking.

4) You are an amazing career woman, balancing family life, an independent production company and planning a V-Day Event. How do you stay grounded in the midst of your schedule? Do you have any advice for other professional women who are trying to balance their family life and a career?
Prayer is the response to the first question and pray is my advice to the young women. Life keeps me grounded. Tending to the daily responsibilities of earning a living, parenting my two sons who are in college, nurturing relationships that are important to me, and staying active in my church, are the things that ground me. My advice to young women is: Cultivate a relationship with God in order be sensitive to His lead.

5) Which activist inspires you the most and why?
The First Lady, Michelle Obama. I don’t think she even sees herself as an activist but I love her commitment to her children, to her husband, to her family, to her friends, to the health of the nation’s children, and to military families who have endured so much. And she even makes time to work-out. I love her arms!