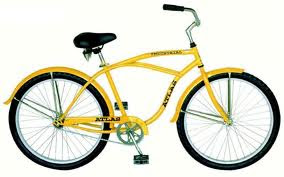 At the beginning of October I had the opportunity to reconnect with a former Nomi Network intern, Kaylin Linneman. The day prior to our rendezvous, she and a group of 7 other individuals had arrived in New York City by bike for a fundraising effort they called Ride for 146, to Freedom For Freedom. They started in Indianapolis, IN and collectively rode 900 miles, arriving eight days later at their final destination, the Statue of Liberty.

I met with Kaylin and her team on a bright and brilliant autumn day, and memories of the fall prior came flooding back the moment I saw the familiar face appear at the revolving door of my office building in the bustling Manhattan fashion district. Almost a year ago, to the date, we had launched the first annual Freedom Week NYC together. I had spent countless hours as a co-producer sewing into that first week of awareness raising events taking place on college campuses, in public spaces, and local galleries, aiming to raise awareness and allowing anti-trafficking groups from all over NYC to come together and connect with potential audiences and volunteers. I was assisted by a group of faithful interns, one of whom was Kaylin, and was constantly buoyed by their enthusiasm and support. Many of our first Freedom Week meetings took place in that very same office building lobby, and although she had moved to Indiana soon after the week of events was launched, we had remained in touch.

Now, just in time for the second annual Freedom Week, I watched as she ushered 14 plus people into the building, including fellow bike riders, family who had come to celebrate their accomplishment, and members of their support car, which rode with them for first aid and re-supply purposes.

After greeting the entire group, I sat down with Amanda Bocik, Cary Teeple and Kaylin who gave me the details of their trip. The group had created two teams of bikers that traded off throughout each day’s ride, spending up to 8 hour daily on their bikes in order to complete the trip in their designated timeframe. They broke the trip up based on topography, averaging 150 miles a day on flat stretches, and around 90 miles a day in mountainous regions. The group was comprised mostly of novice bikers who had never had never completed a stamina-based bike ride before and had trained diligently for on average 28 weeks before embarking on the journey.

When asked what inspired the trip, Amanda shared that she had learned about trafficking seven years ago while attending Lee University for her undergraduate degree. She has shared the shocking humanitarian issue with her family while visiting home and since then, her family had found a way to demonstrate their outrage annually in some sort of awareness raising activity. Cary, Amanda’s father, had also become an avid abolitionist, and shared that this year he had a deep desire to do something that was a physical and emotional sacrifice. He decided on a bike ride, and soon after Amanda and her husband, Adam joined the effort, with the team growing from there.

The group quickly saw the potential of turning this experience into a fundraiser to support a specific anti-trafficking effort. They decided to donate the proceeds to Love 146 after discovering that all of the things they would have wanted to incorporated in a safe house were represented in the ones that this organization supports in South East Asia. In addition to the sacrifice of time that went into training for the ride itself, the team pulled together seven different events, from art shows to raffles, in order to raise approximately $10,000 for the organization.

As our conversation came to a close, Cary passionately shared some of the stories of the girls who were currently being housed in Love 146’s facilities that he had committed to memory. He reminded me of how hope had disappeared for many young victims as they found themselves trafficked, not just once, but multiple times, sometimes by the hands of individuals who had offered to help them escape their initial abusers. But action, like this bike ride was a concrete way to show those girls who had finally escaped that they had not been forgotten. In recognition of the ride, Rob Morris, a founder of Love 146, called the team to thank them for their efforts. He shared that when he told the girls in one of the safe houses about the Ride for 146 they couldn’t understand why people they had never met would do something just for them.

The Ride for 146 team actively demonstrated their solidarity with survivors of trafficking. The longer that I work with other anti-trafficking organization and the people that support them, the more I understand the human heart’s capacity for empathy and the creative capacity everyone has within themselves to demonstrate to a survivor their worth and beauty.