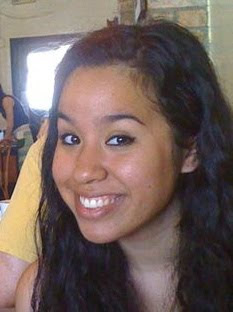 I am a Graphic Designer, who just graduated from American University in Washington, D.C. I am originally from New Jersey and just moved back to work at a design firm in Soho.

My church members shared about their mission trip to Southeast Asia where they had encountered women from brothels. As I became curious about the issue, I learned that sex-trafficking is rampant in the Philippines. I am half-Filipino and half-Egyptian, and the thought crossed my mind that if I were born under the same circumstances such as the victims in Southeast Asia, I could have just as easily been sold into slavery, and so could anyone else. This sense of connection to the women and children fueled my passion to want to become their ally and advocate in their fight for freedom.

A couple years ago, Diana Mao (Co-Founder) invited me to help with Nomi Network's graphic design. I was so excited to work for this cause. I helped with the graphic layout of Nomi Network's first informational brochure, which includes the mission statement and the heartbreaking story of Nomi, the girl who inspired our work. This past summer, I designed the press kit and display board that is used for tabling and other Nomi Network events.

Connect with the team! You never know what amazing people or opportunities will come out of a conversation. While I was tabling at an event, I met another fellow Nomian who was a manager from a large multi-national corporation. She wanted to hire me on the spot when I shared that I was a graphic designer, and I ended up working with that company for about a year.